Unsang Address, Seine, Paris – is a cross-artistic experimental two-channel video work, where two different stories are played simultaneously, about a place and its historical layers as information and inspiration for the artist.

During a residency stay in Paris, I found an amusing historical reference in the city part of Neuilly, where I was wandering around. In the end of 1870s, Claude Monet had rented a houseboat here. He turned this boat into a fleeting studio where he spent one summer with his friends. In this neighbourhood, he then came to paint some of his first impressionist paintings. During my walks along these banks of Seine, I also found an abandoned floating houseboat on this otherwise so luxury address.

Between the riverbanks of Neuilly-Sur-Seine, Levallois-Perret and Courbevoie, is the island Île de la Grande Jatte, as seen from above resembles an eye. On the island Claude Monet painted Le printemps à travers les branches (1878). When you walk along the riverbanks, you can manage to experience the feeling found in Monet's paintings, while he was traveling in his houseboat. In grey contrast to the green banks and willow trees, piles up the area of La Défence , that started to be built in 1958, where Jean-Luc Godard filmed his futuristic feature film Alphaville (1965).

Autumn pulls away the summer drapes of the green riverbanks in Neuilly-Sur-Seine, where you still can try to grasp the feeling in Monet’s painting. The fall and winter highlights the futuristic area of La Défence on the other side of the river. The trees turning from impressionistic colour palette to brown uncovers behind them a towering silhouette of scrapers. Behind the facades, among and between the building blocks, one can lose himself in Godard's world and imagery – in his futuristic spirit that was built on the architectural ideals of the area that influenced him – in time and space.

View the embedded image gallery online at:
https://ocac.com.tw/index.php/en/archive/item/403-evening-event-unsang-address-seine-paris#sigProIde638c733c7
back to top 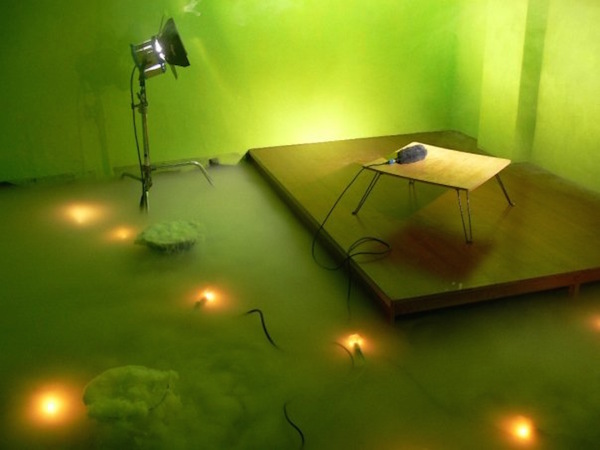